On the eve of International Day of People with Disability, Friday 2 December, Mark Elsing completed his “Mission Impossible Challenge” raising over $10,000 for Brightwater Care Group at Lords Recreation Centre in Subiaco.

Mark ‘travelled’ 65km using a machine known as a ‘grinder’ (an upper body ergometer) which is the equivalent of driving from Perth to Mandurah. He did it in three hours and 30 minutes.

Mark is a former client of Brightwater Oats Street, a world-class brain injury rehabilitation centre based in Victoria Park.

In 2014 Mark Elsing had a severe stroke, with doctors only giving him a two percent chance of surviving the first 24 hours. After three months in a coma, Mark woke to find he could not walk or talk. After 12 months in hospital he was transferred to Oats Street, where her undertook an extensive rehabilitation program. Mark was with Brightwater Oats Street for almost three years.

This was Mark’s second challenge to raise money for Brightwater. Last year he broke the world record for the longest distance wheeled in a wheelchair using just one arm.

Mark she he was proud to have once again completed a physically and mentally demanding challenge, particularly for such a good cause.

“Brightwater supported me when I needed it most and I am so proud to have achieved what I have today. Thank you to everyone who supported me, including my trainer Matt Fuller.” 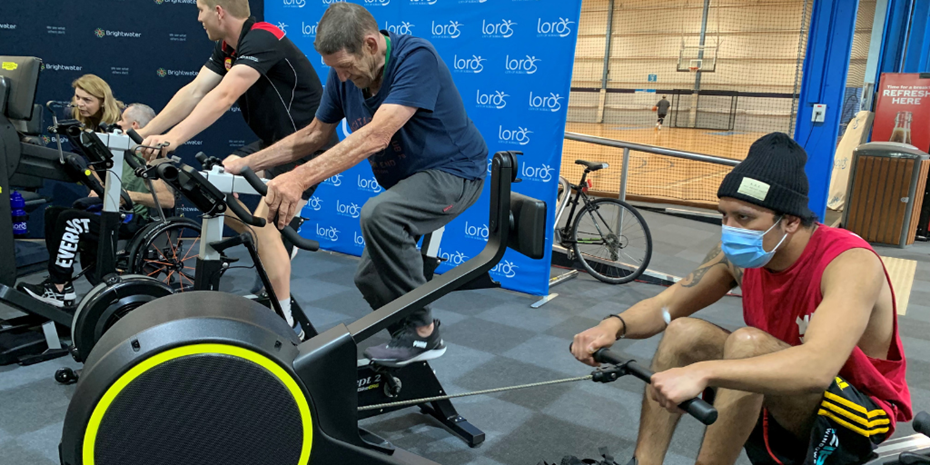